Nothing gets the hearts of American car and V8 sport coupe fans pumping like a Ford Mustang – and not only in the U.S., but around the world, as well. This is proved, for instance, by the outstanding success of the car’s sales in Europe, especially in recent years after the wild horse was officially let loose on our continent’s market in 2014. Mustang owners like to further customize their vehicles, often with new wheels. A good example of this is the Mustang LAE specimen that was equipped with a set of large-scale wheels from Cor.Speed Sport Wheels.

The choice fell on the recently obtainable Deville Inox rim, which is distinguished by a concave design and spokes milled according to the process patented by Licardor. The spokes, which run up to the outer edge of the rims, make the wheels look very large despite their stainless steel drop center rims. What is more, this layout ensures that the ten spokes have ample brake clearance. The wheel is available with 5×108, 5×112, 5×114 and 5×120 bolt circles. On the Mustang, they have 10×20” dimensions all around (499 euros). This lets them fill up the wheelhouse perfectly in combination with their 255/35ZR20 tires.

As a complement to the new set of wheels, the muscle car was also provided with KW Variant 3 coilovers (2,149 euros). These optimize not only its handling, but also lower the front of the car by 45 millimeters and the rear by 40 millimeters. 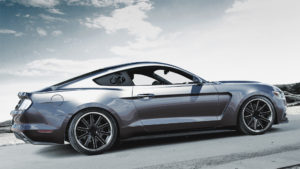 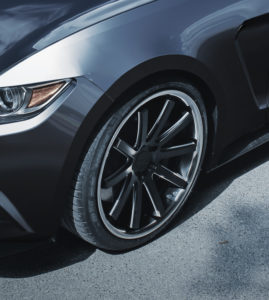 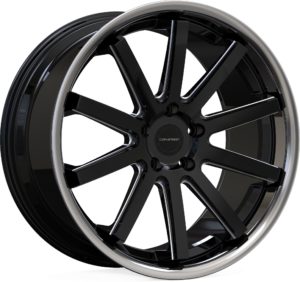